The bay leaf manifestation method is a great technique to help you release your wishes into the Universe so they can come true!

Historically, bay leaves are a powerful herb. They have been associated with magical properties like:

In Ancient Greece, the bay tree was a symbol of wisdom, courage, and strength.

It is also thought to ward off negative energy and sorcery.

In Rome, the bay tree was thought to be so powerful that lightning wouldn’t strike it.

Bay leaves are infused with these meanings and properties as they’re passed through history, making them a potent tool for manifestation and energy transformation.

How to do a bay leaf manifestation ritual:

Write what you want on the bay leaf:

Be as specific as possible with your intention.

If you want a certain amount of money, write the number.

If you want a specific job you’ve interviewed for, write down the job.

If you want a raise at your job, write the amount.

The good thing about the bay leaf is that it’s small so you have to be brief and to the point.

This helps your intention be more potent.

Burn the bay leaf in a fireproof bowl or ramekin.

Once you’ve lit the bay leaf, let it burn in a fire safe dish. For extra manifesting power, you can use a red candle to light your bay leaf.

As the bay leaf smoke is released into the air, feel the feelings of having what you want.

If someone came up to you on the street and gave you what you wanted, or if you received the email with the job offer, or if you were calling someone to tell them exactly what happened to you: what would you say?

How would you be feeling?

Feel those feelings as if your manifestation is happening right NOW.

Your manifestation has been released for the Universe and law of attraction to bring you what you want.

Dispose of the ashes.

You can just throw them out if you want, or you can:

You don’t have to do anything special with the ashes, so do what feels best to you!

It can be an easy way to symbolically release your manifestations to the Universe.

You can even use it as part of your full moon ritual or new moon ritual to help set your intentions and give your manifestations more power.

Why does manifesting with bay leaves work?

Manifesting with bay leaves works because you’re creating a releasing ritual around your manifestations.

You’re releasing them to the universe with the belief that they will come back to you in their real form.

You are setting a powerful intention that you are going to get what you want!

You are also using the power of the fire element. The element of fire activates your dreams and gets the energy moving quickly.

For even more manifesting power, you can pair the bay leaf manifestation ritual with other methods.

This will help you release them and be in the receptive mode, allowing them to come to you.

For example, if you do the 369 manifestation method, after the 33 days you could use the bay leaf method as a symbolic way of releasing your manifestation.

The same with the 5 x 55 method, using your manifestation journal, creating a vision board, or even using a visualization meditation.

Writing what you want and then burning it is a powerful way to say “it is done!”

Other ways to work with bay leaves:

Bay leaf burning can also be used as a way to gain answers and clarity around what you really want.

You can write your question on a bay leaf with the intention that the Universe will bring you the answer after you burn it.

You can sleep with them under your pillow to help you develop your psychic abilities and manifest while you dream.

Burn them the next day.

You can write things you want to let go of in your life.

Write your current worries, bad habits, negative thoughts, or even a specific person – anything you’d like to move past in your life. Burn them as a way to release them.

To burn bay leaves for cord-cutting:

Write your intentions to cut the ties that bind you – whether to a person or situation.

Or write that you are drawing all of your power back to you.

Burn the leaf to release the cords and negative energy holding you back.

Where do you buy bay leaves?

You can buy bay leaves in the grocery store herb or spices section, or even order them from Amazon.

Make sure you buy whole, dried bay leaves so that you have room to write your positive intentions on them!

Is there a specific type of bay leaf that works best?

Traditionally, bay laurel leaves from the bay laurel tree are used for manifestation.

Should the bay leaf be dried or fresh?

How to use bay leaf manifestation for love:

Burning bay leaves to manifest love can be a powerful way to set your intentions and release them to the Universe.

If you have a specific person you want to manifest into your life, write their name on the bay leaf.

Feel the feelings of that person contacting you – if they sent you a text that said exactly what you wanted, how would that feel? Feel those feelings and be as specific as possible.

Burn the bay leaf, releasing the intention to the Universe. It is done!

As often as possible over the next few days, feel the feelings of that person being in your life.

To use bay leaf manifestation to attract a new partner:

If you are ready for a new romantic partner but you don’t have a specific person in mind, you can use bay leaf burning to manifest love:

Hold the bay leaf and feel the feelings of meeting this person. If you ran into someone on the street and knew they were the one, how would that feel? Feel those feelings.

Burn the bay leaf, releasing the intention to the Universe. It is done!

The Universe will start to move and bring you the person of your dreams.

To make the bay leaf manifestation for love even more powerful, you can pair it with:

How to use bay leaf manifestation for money:

Burning bay leaves to manifest money is super easy, especially since bay leaves are already associated with wealth and abundance!

To use bay leaves for manifesting money:

Write a specific amount of money on the bay leaf.

Feel those feelings as you burn the bay leaf. It is done!

As often as possible, bring those feelings of having that amount of money back into your body.

This helps align your vibration with having money, and can bring you even more than you desire!

To make the bay leaf manifestation for money even more powerful, pair it with:

Now that you know how to use bay leaf for manifestation, you might also want to know: 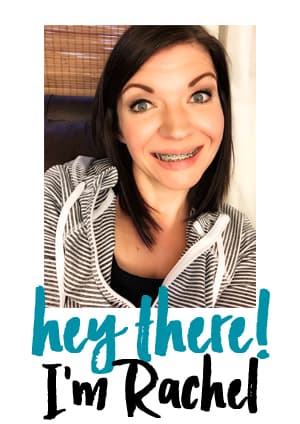